The maple leaf was the subject of songs and poems throughout the 19th century. It was also a symbol of various organizations and academic institutions.

How could a single leaf mean so much? What about it inspires people so?

The answer lies in nature, and the rich cultural heritage of the first Americans who lived throughout North America long before Europeans arrived. For many of the indigenous tribes living in central and northern North America, the extreme cold of winter was a major challenge. And the maple tree was critical to their survival.

As the maple’s sap began to flow in spring, it provided a potent elixir for people who were depleted after months of cold and dark, and perhaps at the end of their food reserves

Science today has confirmed the valuable trace minerals, vitamins and micronutrients in maple water, as well as its syrup (albeit with a much higher sugar content!)

The sap also signaled that warmer days lay ahead. Maple water was considered a gift from the Creator, and many traditions revolved around maple sugaring. The Anishnabe calendar includes Sugar Moon, and Algonquian beadwork often features maple leaves.

It makes perfect sense to for us to offer a silver bar with the tried and true maple leaf. Ask anyone, and they’ll likely say the maple leaf represents astounding natural beauty. We hope this bar recreates that beauty in some small measure.

Here is a 50-PACK of our Maple Leaf Bar. These are NOT COINS, COPIES, OR REPLICAS but are small bullion pieces of .999 fine silver. These are very finely struck pieces with mirror proof fields and nicely frosted devices. These bars are 15mm x 8mm. Weight is approximately 1 gram per bar. 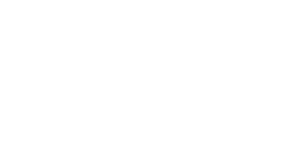